Appreciate or Criticize but windows 8 is going to prize. The unifying approach culture for laptop cum tablet hybrid that Microsoft gave birth to with Windows 8 is really significant step towards giving more power and portability to consumers. With windows 8, tablets will no longer be limited to being e-book reader or portable entertainment device but a full-fledged power computing device in your hand. Microsoft had earlier announced about its own manufactured tablet – Microsoft Surface – the beauty and slickness of which put others to envy. But other top manufacturers are not going to leave any stone unturned in this budding tablet ecosystem that has been created by windows 8. Equip tablet with a dockable keyboard (or make the keyboard slide to work- kind of arrangement) and it becomes a hybrid i.e. Laptop cum tablet or say, notebook tablet hybrid. Hybrid tablet computers are the consumer’s choice – no more ultrabooks marketing hype. Consumers want a tablet that can work as ultrabook as well, a tablet that has a physical keyboard attached in some manner so as to be not-intrusive. Computer Manufacturers know this and so this year at IFA, there have been several unveiling, launches of windows 8 tablets laptop hybrids from Samsung, Sony, Asus, Dell, Lenovo, HP and Toshiba. So, start saving money to buy one of these windows 8 tablets when they become available for purchase. Before you drool over the list given below, let me tell you that some of these tablets run windows 8 pro while some run windows 8 RT. The difference between windows 8 RT and windows 8 Pro is that, Windows RT is optimized version of windows 8 for ARM based processors and will not provide the full-fledged desktop/laptop-like windows 8 features whereas Windows 8 pro or those running on Intel processors will provide full-fledged pc/laptop-like performance and windows 8 features. All these tablet hybrids listed below have usual hardwares like presence of cameras, etc about which we have not talked in details. Further the price of these windows 8 tablets have not been announced yet and the availability of windows 8 ready tablets will be generally from October 26, 2012.

Torrex is a new (and purportedly, the only) Windows 8 and RT based BitTorrent client that lets you download all kinds of torrent files from the internet. Torrex is a solid app that can prove to be very useful to Windows RT users as they as cannot employee desktop apps on RT to download torrents. To apply these language pack updates, you must first install the update 2919355 on Windows 8.1, Windows RT 8.1, or Windows Server 2012 R2. For more information about update 2919355, click the following article number to view the article in the Microsoft Knowledge Base. Minecraft Windows Rt Free free download - Minecraft, I-Doser Free for Windows, System Mechanic Free, and many more programs. Windows 8 Pro also called as Windows 8.1 is the version from NT family of operating system. It was available for public on August 2013. Please click the button below to get the 100% working, clean and safe ISO file for your Windows operating system.

The most aggressive manufacturer at current time is Samsung when it comes to launching new mobile phones, tablets, laptops, etc. We often come to know about new launches from Samsung in one of these segments. This gives consumers a wide range of choices but at the same time creates ample confusion. Samsung Launched Series 5 and Series 7 hybrid tablets. These tablets will run on Intel processor and so will exhibit windows 8 full-fledged capabilities. Series 5, as the name relatively suggests, is the cheaper than Series 7 and offers HD resolution of 1366*768, 2GB of RAM and 64 GB of SSD whereas Series 7 hybrid windows 8 tablets will sport FULL HD resolution of 1920*1080 on 11.6 inch screen, Intel core i5 processors, 4GB of RAM, 128 GB SSD. Both models will be available from 26th October, 2012. The price of Samsung Series 5 hybrid windows 8 tablet will start from about 650 $ where as series 7 price will start from about 1100$. The price is premium but you see that with windows 8 and Intel processors, these tablets are no longer just tablets, these are your ultra-portable laptops as well. Just attach a dockable keyboard to these tablets and use it as full-fledged laptop. Further, both these models also come with capacitive proprietary stylus i.e. S Pen which makes the tablet experience unique.

Samsung ATIV Tab – This tablet will run windows 8 RT version. Powered by dual core Snapdragon processor, 2GB of RAM, 8200 mAH battery and will be available in 32 GB or 64 GB variants, Samsung ATIV tab is a tablet not a tablet-laptop hybrid. This doesn’t mean, you can’t get a dockable keyboard with this tablet.

On January 21, 2015, Microsoft unveiled, an edition of Windows 10 for smartphones and sub-8-inch tablets running on ARM architecture; unlike RT, which was based upon the user experience of the PC version, Windows 10 on these devices is a continuation of the Windows Phone user experience that emphasizes the ability for developers to create.

As the name suggests (it doesn’t have the DUO tag attached), it is a 10 inch tablet running windows RT version. The keyboard dock that it carries, comes with a battery that can keep this tablet running for about 20 hours which is awesome.

Lenovo ThinkPad Tablet 2 is windows 8 pro based tablet hybrid and will also run Android. The screen size is 10.1 inch. It weighs about 600 g and is 9.8 mm thick. It’ll have stylus for those who love to doodle on their tablets. NFC is also present in it. 8 megapixel rear camera and 2 mega pixel front camera is also present.

If you’ve seen 18.6 inch big laptop from Toshiba, don’t be surprised if Toshiba comes up with big tablets as well. Toshiba U925 T is 12.5 inch tablet hybrid running on Intel i3 or i5 processors with 4 GB of RAM, 256 GB SSD, two USB ports, intel hd graphics 4000, 3d acceleration sensor and a bunch of other sensors. 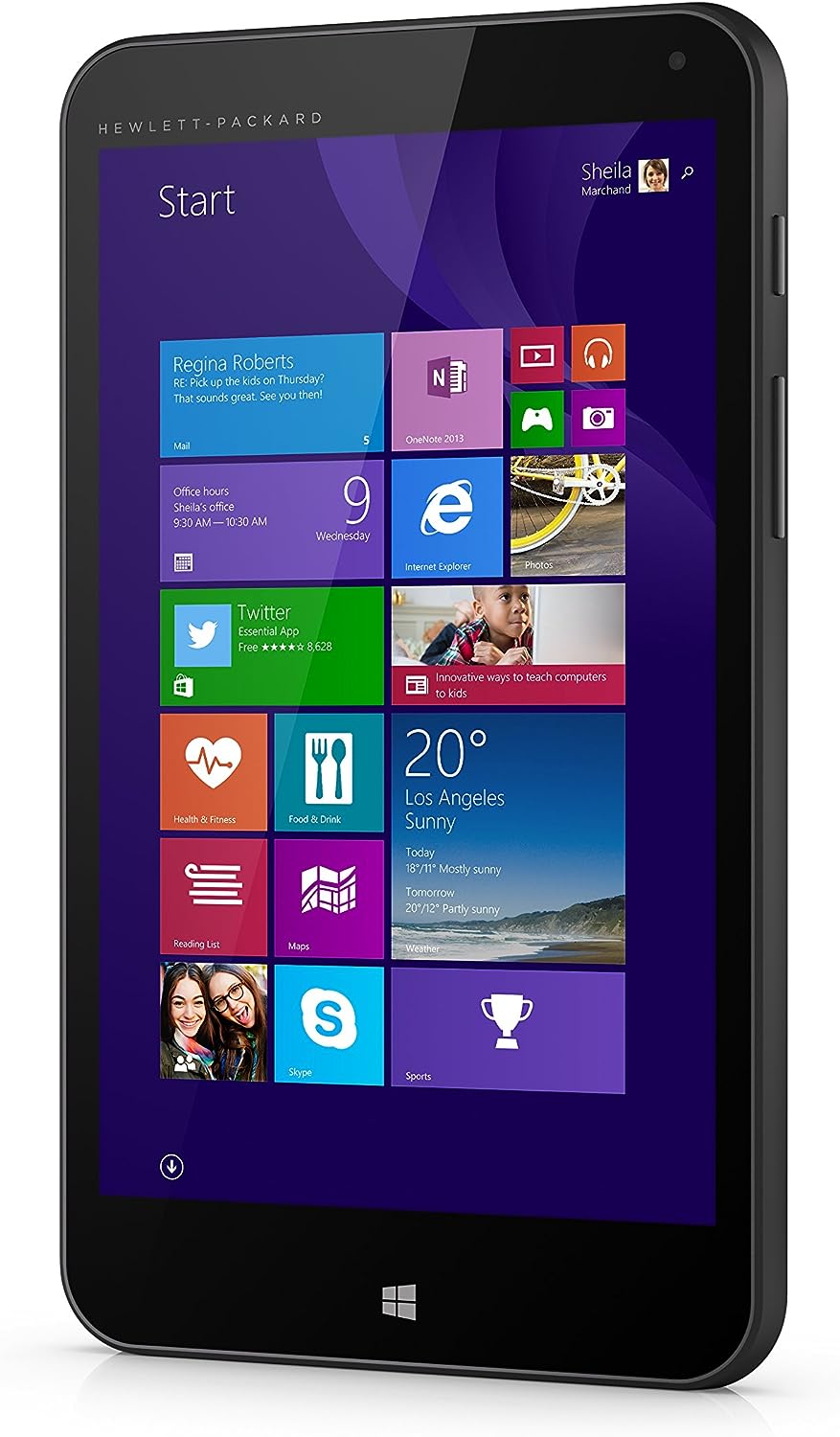 A premium offering from Sony in Tablet Hybrid series 11.6 inch screen size at Full HD resolution, Sony VAIO DUO 11 will have 4/8 GB RAM and will run on Intel processors featuring windows 8 pro version. Not to mention the presence of 128/256 GB SSD as well.

Asus Vivo RT Tab runs on Tegra 3 processor and 2 GB RAM. However, the storage here is 32 GB. As the name suggests, it is windows 8 RT based tablet.

Keep reading our blog for reviews of windows 8 tablets, their battery backup and actual hands-on performance and how windows 8 tablets stand in comparison to Android tablets and Apple iPad.

Windows 8 Pro also called as Windows 8.1 is the version from NT family of operating system. It was available for public on August 2013. Roblox.

Please click the button below to get the 100% working, clean and safe ISO file for your Windows operating system. You will find Zip file containing 32 bit and 64 bit ISO.

It should be noted that Windows 8.1 can’t be installed or download via Windows update but you can only get that by product keys. If you want to get ISO for Windows 7, you should checkout my older post.

As each day pass by, Microsoft is launching a new version of their operating system. The latest stable version is windows 8. This is the most upgraded and the fastest operating system till now. This latest OS provides you with all the features of windows 7 and there are many facilities that were not present in the older version. Many people have doubts on how to download windows 8 for their PC. You can do so by buying that from official store or from Amazon and other third party site.

Please follow the link given below to get ISO image.

Alternatively, you can follow the steps and method given below. But I would suggest you to go for trusted and official source only.

Method 2 : Get Windows 8 ISO from Torrent

At first you need to have a torrent client. This type of downloader will help you to download torrents file. Now search for windows 8.1 pro 32 bit/64 bit ISO related torrents. There are many sites available in the internet where you can find torrents. Make sure that the site you choose is genuine. After the torrent file of Windows 8 pro is available on your system, double click that file. It will automatically start the process of downloading actual ISO file.

How to use ISO file to install Windows 8 Pro?

After the download is complete you will find an ISO file. This file will contain both 32 bit and 64 bit windows 8 pro. Choose one and burn it into a DVD. The ISO file is must in order to burn the contents into a bootable disk. Such kind of files contain all the data in a compressed mode. This will help you to download a large contain within few memory space. As soon as you click on the ISO file icon it will automatically ask for a blank disk. You need to insert one black disk to continue the process. It will take some time to burn. After the burning process is complete you have to restart your computer and have to boot from the disk. It will automatically get booted and will make your PC into a new OS.

Congratulation! Now, You successfully installed Windows 8/8.1 on your PC using ISO image. Once the installation process is completed you will need installation key. You can download the key from official site of Microsoft. There are many people search for “Windows 7 loaders and activator” but I would suggest you to please use official installation and activation key from Microsoft to avoid any future problem.