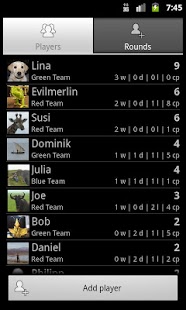 Hello excel masters, please help me creat an excel template to conduct a chess tournament in Swiss league format. The rules of the tournament areas follows. I am expecting a total number of 40 participants for the tournament. In this case we would need to conduct 6 rounds.
The points allocated would be as follows:
Winner : +1 point
Draw: 0.5 points both
Loose: 0 point
1. In first round players shall be randomly paired
2. The number of rounds to be played would be declared beforehand (will depend upon number of participants)
3. Two players shall not play each other more than once
4. Should the total number of players be (or become) odd, one player is unpaired. He receives a bye: no color and as many points as are rewarded for a win
5. A player who, for whatever reason, has received any number of points without playing, shall not receive a bye.
6. In general, players are paired to others with the same score, if it is impossible they would be paired with scores as close as possible.
7. For each player the difference of the number of black and the number of white games would not be greater than 2 or less than –2.Each system may have exceptions to this rule in the last round of a tournament.
8. No player will receive the same color three times in a row.Each system may have exceptions to this rule in the last round of a tournament.
9.
i. In general, a player is given a color as many times as he is given the other color.
ii. In general, a player is given the color other than that he was given the previous round. 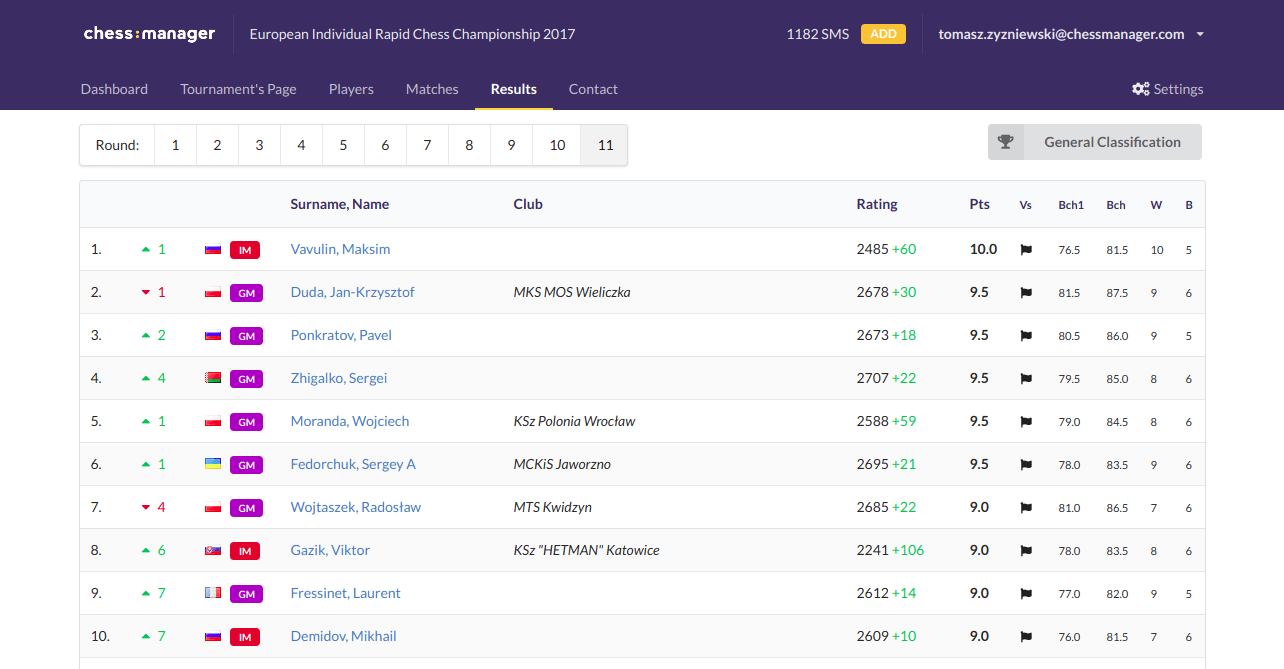 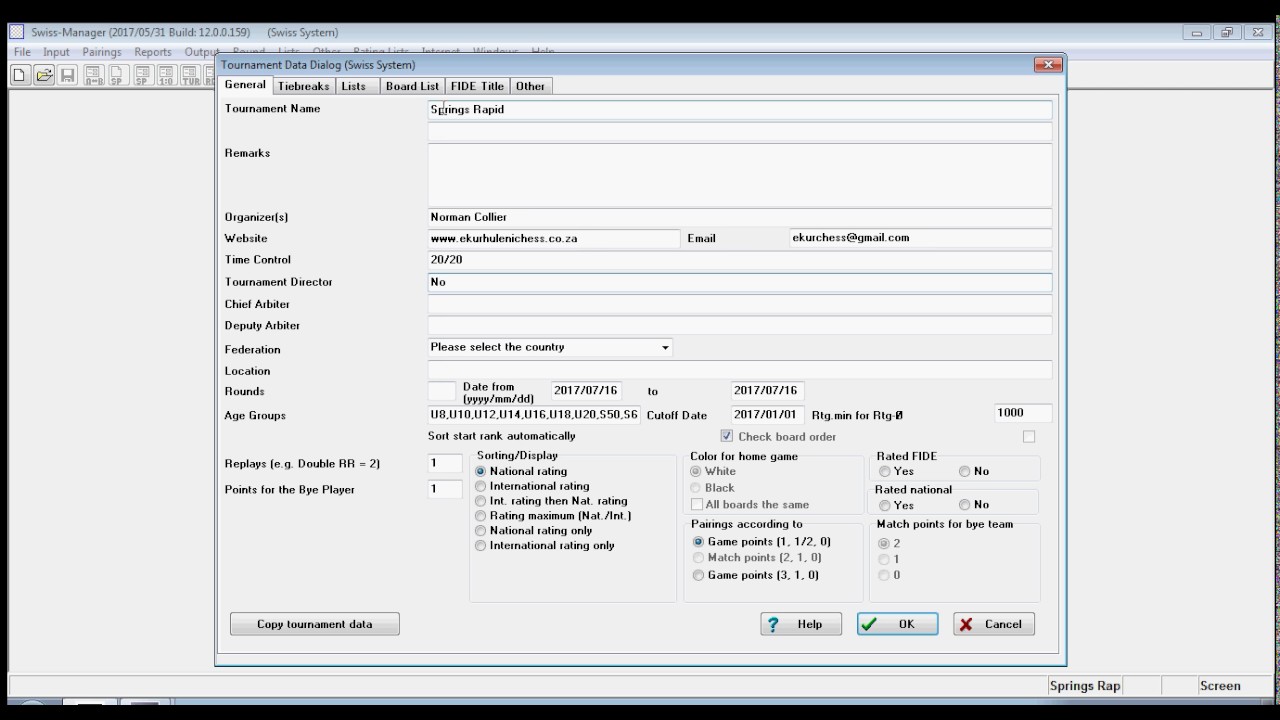 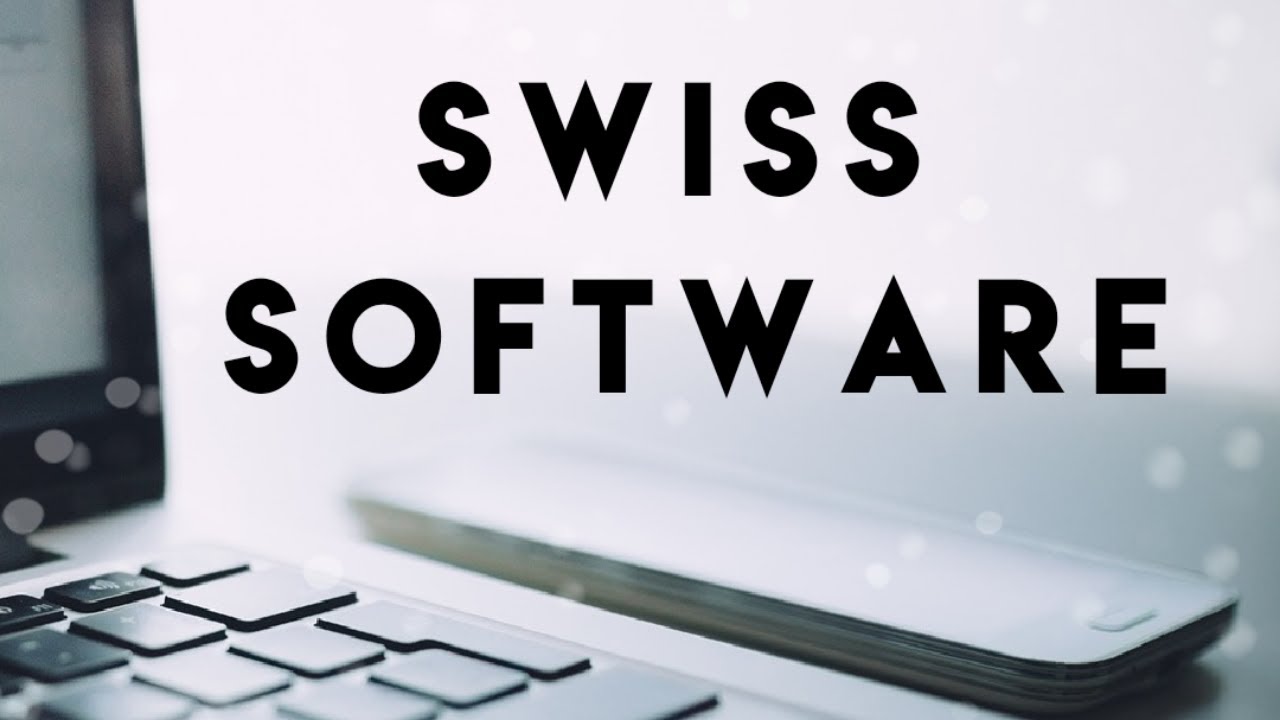 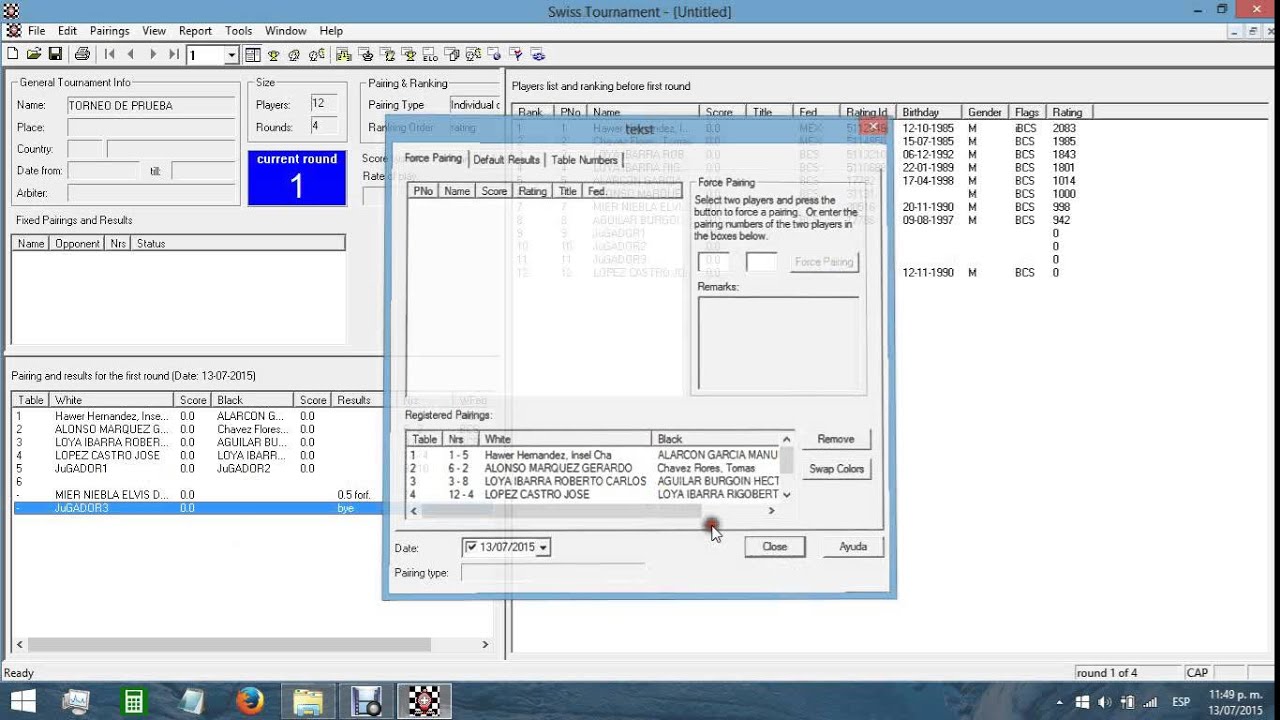