The Boston Bruins are set to take on the Vancouver Canucks on Saturday in the same arena the B’s won the Stanley Cup in 2011. While the matchup won’t have a vast significance in the standings, the game brings back memories of how intense the series was that year – and how we haven’t seen one like it since. 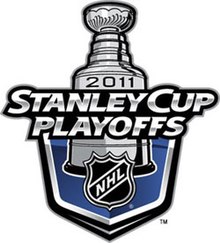 Game 1 marked the first time the Bruins and Canucks had ever met in the post-season. Given they play in opposite conferences, the Stanley Cup Final would be the only time it could happen. Canucks fans watched in hopes that their team would earn the Stanley Cup – a goal they had not accomplished in their 40-year history. On the other end was Boston, who had won before, but hadn’t done so in 39 years.

Raffi Torres, a physical forward who was often suspended for illegal hits, scored the series’ first goal by tipping the puck past Tim Thomas with only 19 seconds remaining in the game. The goal was enough to win and give the Canucks a 1-0 series lead.

The hard-fought game and lone goal by Torres was overshadowed by the events that took place earlier that game. During a scrum after the first period had ended, Canucks forward Alexandre Burrows and Bruins forward Patrice Bergeron tangled behind the Boston net. When the referee separating the two looked away, Burrows inexplicably bit Bergeron’s index finger. One of the strangest moves in hockey sparked one of the fiercest Stanley Cup Finals in recent NHL history.

Remainder of the Series

With another loss in Vancouver, the Bruins found themselves down 2-0 in the series. They came home to Boston needing a victory and just 5:04 into the game, they found a reason to win. Aaron Rome laid a hit on a defenceless Nathan Horton that drew thousands of fans to their feet looking for a penalty call. Horton lay flat on the ice – his body frozen still on top of the paint that read ‘Stanley Cup Final’ just a few feet into the Canucks zone. After Horton was taken off the ice, the Bruins erupted, scoring eight goals and holding their opponents to just one to win the third game of the series.

The fire continued throughout the series, including a taunt byMilan Lucic, where he stuck two of his fingers near the mouth of Burrows, baiting him like a fish. Thomas got the Boston fans riled up with a body check onHenrik Sedin. Brad Marchand also angered the Canucks with a submarine hit on Daniel Sedin days later.

At the end of the series, the Bruins walked out of Rogers Arena with the Cup following a 4-0 Game 7 win to claim their first one since 1972.

Cup Finals Since Then

The six Cup Finals since the one between Boston and Vancouver have given us some outstanding hockey and provided the sweat and tears that fans love to see. The Chicago Blackhawks and Los Angeles Kings traded off years of success for the next four years.

Chicago won its second and third Cups since 2010 by defeating Boston (2013) and Tampa Bay (2015). Los Angeles defeated great goaltenders Martin Brodeur (New Jersey Devils) and Henrik Lundqvist (New York Rangers) before lifting the Cup in 2012 and 2014. The Pittsburgh Penguins have shown their dominance in back-to-back Finals (2016, 2017), defeating the San Jose Sharks and Nashville Predators and are looking for their third straight this season.

While these series have been exciting, none of them have shown the same ‘blood’ aspect that the 2011 Final did. No two teams since then have physically beaten up on each other to win in the Cup Final. An infamous bite, a goalie body-check, and a concussion-inducing blindside – all events that only one Stanley Cup Final has ever seen.

The 2011 series may not have been everyone’s personal favourite and fans of the 29 other teams (at the time) wished it their team had lifted the Stanley Cup. But the series has been the last to feature the kind of smash-mouth hockey that fueled so many other playoff games just hoping to even reach the Cup Final throughout the NHL’s past.

Have the Dallas Stars gone by any other names?

Yes. Between 1968 and 1993, the team was known as the Minnesota North Stars.
In 1994, the team moved to Dallas and changed their name to the Dallas Stars.

When was the last time the Stars were in the playoffs?

The Dallas Stars last made the playoffs in 2020, when they lost the Final. They've been in the playoffs a total of 33 times in their 52 seasons.

When was the last time the Stars missed the playoffs?

When was the last time the Stars won a playoff series?

In 2020, the Dallas Stars beat the Vegas Golden Knights in the Conference Finals.

When was the last time the Stars lost a playoff series?

In 2020, the Dallas Stars lost to the Tampa Bay Lightning in the Final.

How many Stanley Cups have the Stars won?

The Dallas Stars won the Stanley Cup Finals once, in 1999.