Frustrated with some of the shortcomings of Ableton Live, I began to look at the competition and ended up choosing Cockos Reaper. Now initially I really thought I was going to switch over but I’ve run into some issues with it which I’ll go into a bit later. But first I want to share with you all the customizing I did for Reaper.

The vast amount of things you can customize in Reaper will make any power user happy. Unfortunately it’s only almost there for being everything anyone would want. Some UI windows are locked off and the midi editor shares some elements with arrangement window. Not ideal for designing.

Repeat the same steps for the “White Tie – Blender” download at the bottom of this post. Now let’s go into Reaper and see what they look like. Once Reaper opens click on “Options” at the top of your screen Then “Themes” Then click on “Apollo” which was made by LampShade. There you go Totally different than the original.

My first theme borrowed heavily from another theme that was mimicking same style as Bitwig Studios. A lot of work went into the icons, color, layout and learning how Walter (Reaper’s own coding language for theming.) works. The amount of files I created for this one was somewhere around 400-500 files. Kind of nuts when you think about it.

As good as this was, I was still learning Reaper itself and to me it felt a bit busy. I still wanted my theme to simplified and more like Photoshop and Ableton. This is where version 2 comes in.

Version 2 builds on 1 but has a completely new responsive TCP design. New custom fader stacks for volume, pan and width. Custom mouse cursor set. Also included in the .zip is my configuration for Reaper, it’s there just in case you want it. It mimics a lot of the same hot-keys for Ableton.

Quick rundown of some of the programs I used to make all of this.

– Stacked faders, I did design in Photoshop and I used JKnobMan to create the actual stack of images. JKnobMan requires Java to run FYI.

– For the cursors, again I would do design in Photoshop and then use Axialis CursorWorkshop to save the file into an .cur file format.

– Finally I used Dreamweaver (it’s just a little nicer to look at than notepad) to hand-code Walter, the theme’s backbone. 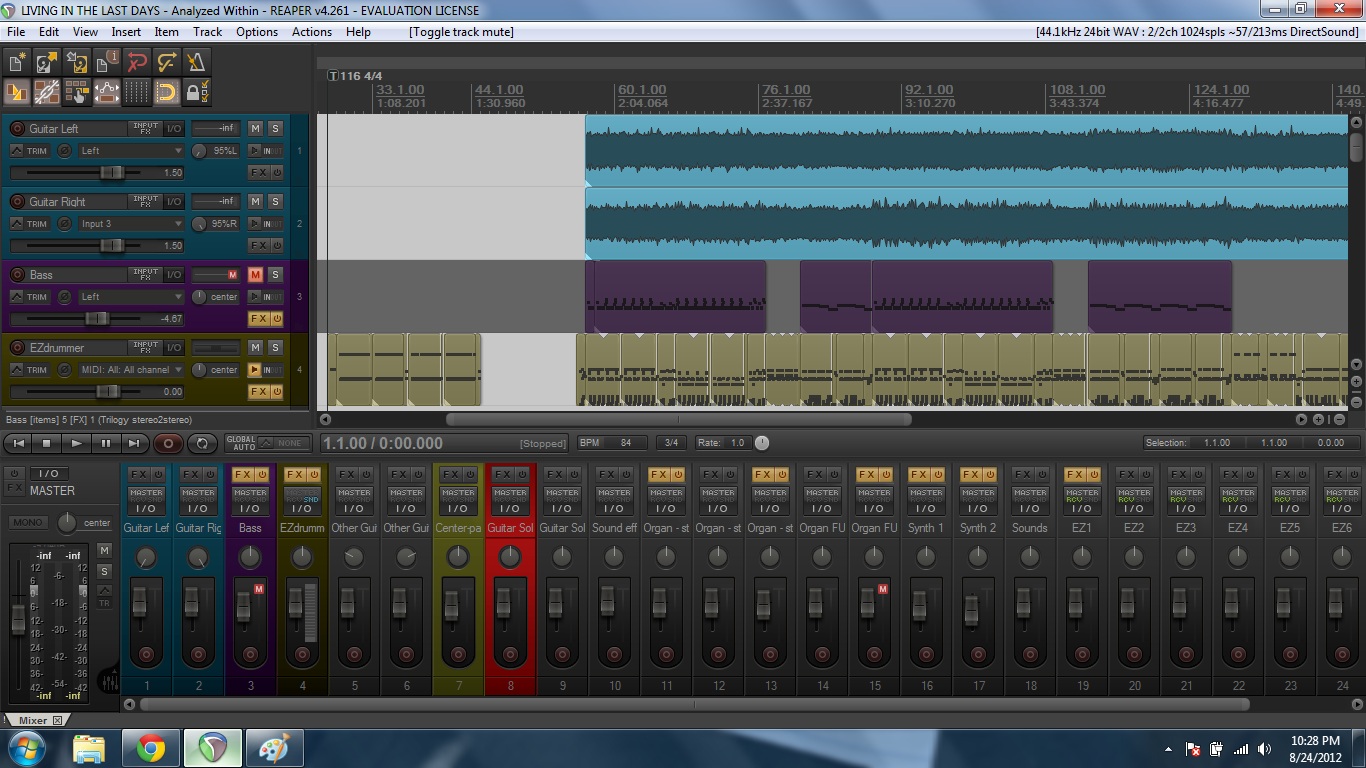 And I want to end this post with a few things that I ultimately would need to be added/fixed for me to reconsider using Reaper beyond recording vocals for it’s comping.

First, automation needs to be able to render curves as you’d expect and not add extra points when copying/duplicating items/sections.

Second, the ability to use encoder knobs. As it works right now Reaper does not send info back to the controller so the led rings won’t work.

Third, clean up the features that are already there. So many good ideas in Reaper but a lot of them aren’t fully realized. They don’t work in every scenario one would think they should. For example with cursors, there’s situations where it will use a left and a right cursor and a very similar action will use only one cursor for both sides.

Finally, let actions be focused based (sections) so you can use a hot-key for more than one thing. Ableton live 10 suite download size.

That being said Reaper is always being worked on and refined. If you go to their forums, there is a pre-release forum, and you’ll see daily updates to Reaper. Maybe one of these days my requests will be fulfilled, who knows.

I hope all my customized themes and files for Reaper are useful to you. It took me months to make all this. Enjoy. 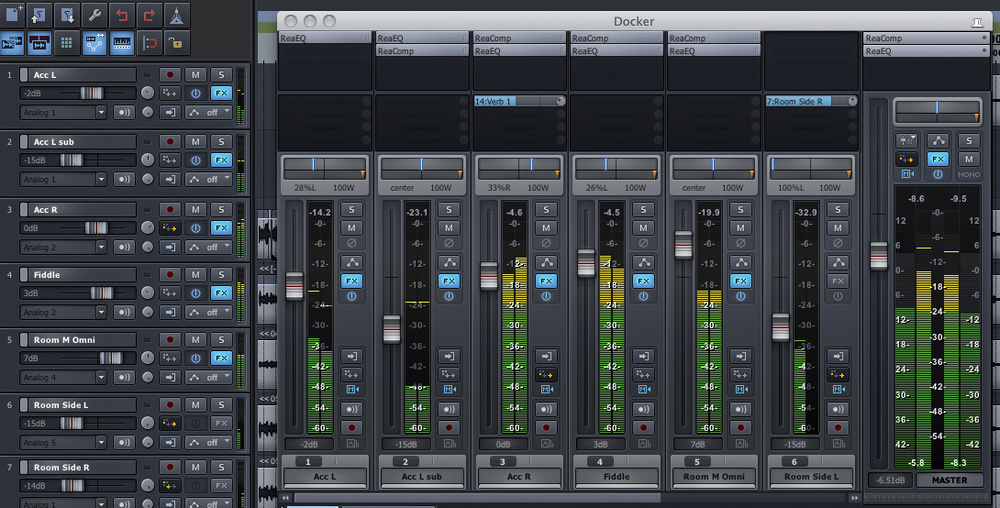 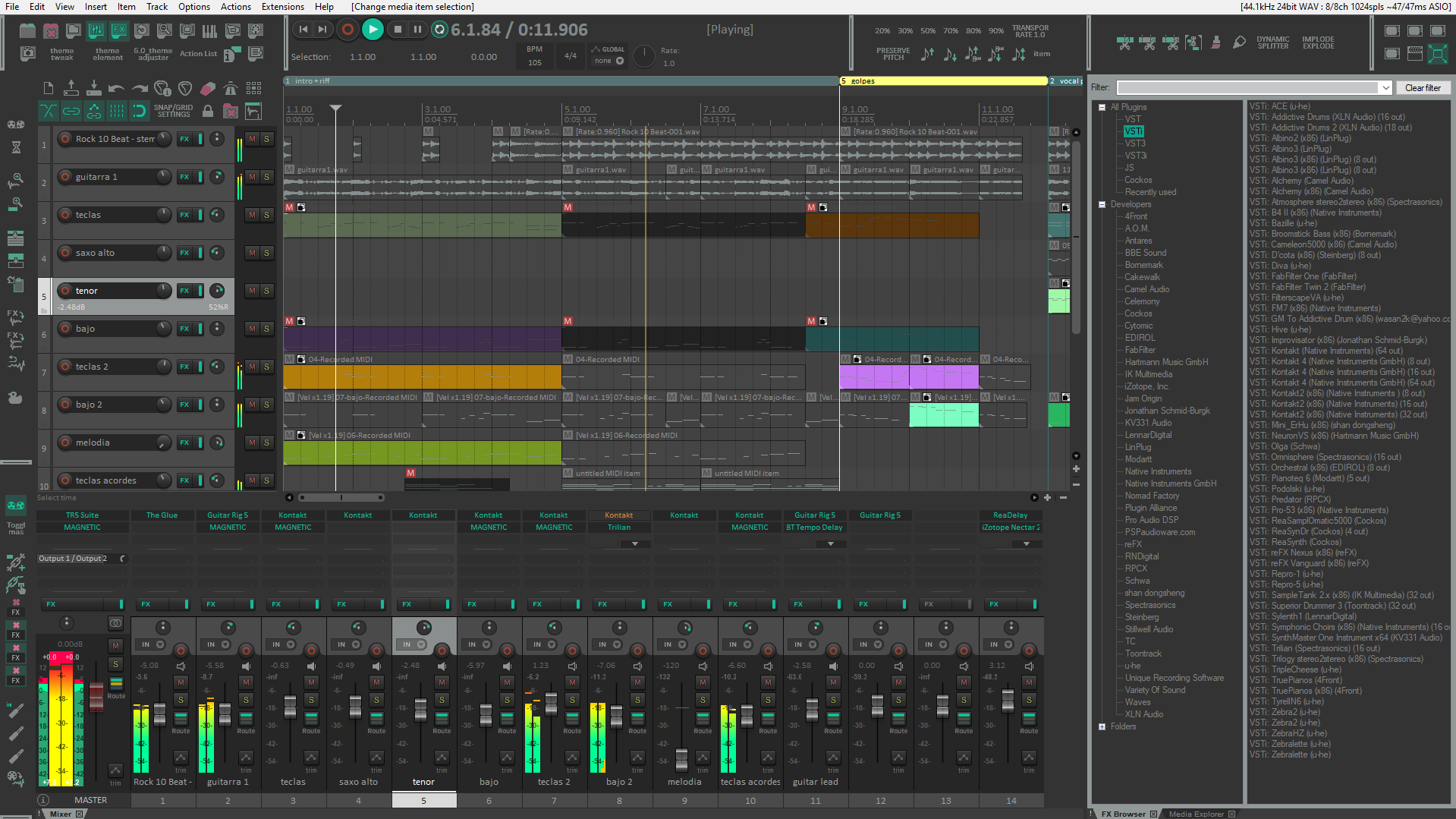 Sign up to get the latest updates.
Your email address will always be kept private.
Support my work, become monstrous.
Consider donating or show your support on Patreon.