I'm back again, this time with the final version of drag racer. featuring over 60 cars including some ranging from the 70s (Plymouth Baracuda) to recent supercars (McLaren F1 GT). All glitches from before have been fixed, and hopefully there will be none to come.

Please wait for the preloader to appear, the flash movie has 256KB start lag.

Each car can be customized, some more then others.

Here is what you can do:

Buy Car - Buy Your Car
Garage - Customize your car
Race - Race the Quarter Mile, 750m, 1000m against the computer to get money
Test - Test your car on a quarter mile strip
Store - Buy Performance Parts for your car (exhaust,intercoolers)
Show - Allows you to Take a picture of your car to show it off
Save/Load - Save/Load your car, can be loaded from any computer

Space : Gas, you can't change gears with the gas on
Up/Down : Change Gears, ^^

To use Nitrous Oxide, press the red button, when you have bought a canister from the Store.

You can also drag the gear shifter knob to the appropriate gear for a more manual-feel. But keep in mind you cant drag the knob with the Gas on.

New Fetures from the Beta: 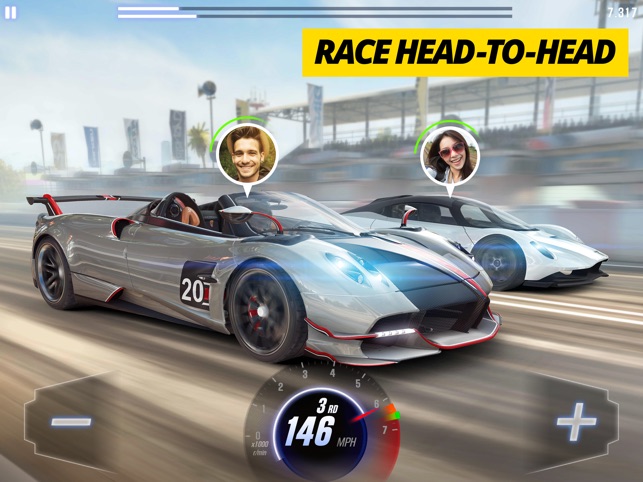 More Cars! (over 60 now!)
Story Mode : 52 levels, and if you can beat that, you can challenge yourself against some near impossible cars.
Garage : Store, Load 3 cars in your garage.
Tuning : adjust your gear ratios!
Hoods : Carbon Fibre Hoods! How could I have forgotten!
Performance Store : now with ALOT more realistic upgrades.

And Much More for you to find out!

Also, soon coming is the Full Version which is only $10, but you get Online Drag Racer, MORE cars and even MORE features like more bodykits, lights and hoods. 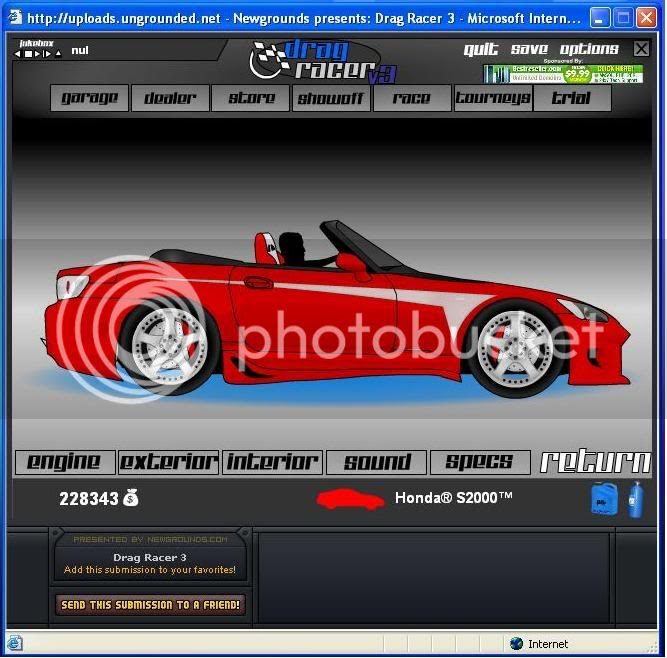