By Adam Classen and Jennifer Huxham

Pseudomonas aeruginosa is a rod shaped gram-negative bacteria (see figure 1) that is often found in wet areas or bodily fluids. The bacterium was first identified by Carle Gessard in 1882. It is an opportunistic pathogen that is one of the leading causes of infections in hospitals. This bacteria can cause a variety of symptoms but it is most commonly associated with pneumonia in immunocompromised or mechanically ventilated individuals. The microbe’s success can be attributed to its extraordinary adaptability and virulence factors.

Depending on the site of infection P. aeruginosa can cause a variety of different types of symptoms. Bloodstream infections have symptoms such as; fever/chills, aches, light-headedness, vomiting. Pneumonia is often caused by the microbe and can cause difficulty breathing and coughing with yellow, green or even bloody mucus. P. aeruginosa can also cause urinary tract infection (UTI), leading to painful urination.

Infection of severe burns can also occur. This is attributed to the fact that severe burns cause immunosuppression, making affected individuals more at risk of developing infections by P. aeruginosa.

Cystic fibrosis (CF) is a genetic condition that causes buildup of mucus in the lungs among other things. These individuals are immunocompromised and are at particular risk of lung infection by P. aeruginosa because of their inability to effectively clear mucus from their lungs. Normally, the mucus in the lungs captures microorganisms and is swept out, thus helping to prevent pathogens from infecting the lungs. However, because CF patients are unable to clear lung mucus, the microbes get trapped and remain in the lungs allowing for infection. This infection causes inflammation which can restrict breathing and result in death.

P. aeruginosa affects mostly immunocompromised individuals and is therefore often caught in hospitals. In the United States of America, it is the number 1 cause of intensive care unit pneumonia, accounts for 10% of all infections contracted in hospitals, and is the 3rd most common way of contracting a UTI in a hospital. It can be spread by people, food and medical equipment. P. aeruginosa is one of the most common forms of burn wound infection. Burn victims that become infected with P.aeruginosa have a 40-50% mortality rate, making this type of infection very dangerous. CF patients have a 40% chance of being infected with P. aeruginosa. Chronic infection of this type is one of the leading causes of death in individuals affected by CF, carrying a 40-60% mortality rate.

P. aeruginosa is a successful pathogen because of its adaptability and variety of virulence factors. One of which is its ability to form biofilms, which are colonies of bacteria that are clustered together. Biofilms are important for protection against the host immune system. Specifically, these biofilms protect against antibodies (tag foreign particles for destruction), the complement system (forms pores in their membrane and tags the bacteria for destruction), phagocytes (eliminates foreign particles, broken cellular components or bacteria). They also protect against antibiotics and antimicrobial peptides (AMPs). Where AMPs are compounds produced by the host to kill microbes. Biofilms also cause massive inflammation at the site of infection causing damage to the host. This impressive virulence factor allows the bacteria to survive for a prolonged amount of time in the host.Other virulence factors that contribute to its pathogenicity are pili, which are surface proteins that help them attach to the host. As well as flagella, which acts as a tail to help the bacteria propel itself and move around.

P. aeruginosa can cause damage to the host by secreting toxins. Specifically, it uses an exotoxin, which are proteins or lipids that are secreted into the external environment from the bacterial pathogen. This exotoxin inactivates eukaryotic elongation factor 2, a protein that is crucial for protein synthesis. Inhibition of this protein stops the host eukaryotic cells from synthesizing proteins necessary for functioning, resulting in death. It also produces the enzyme ExoU which is secreted extracellularly where it functions, causing lysis (cutting) of host cell plasma membranes. Allowing it to steal iron from the host’s mitochondria, inflicting damage.

P. aeruginosa has an outer membrane that has low permeability to antibiotics, thus helping protect it. On top of that it has multidrug efflux pumps (see figure 2). These pumps can take antibiotics that do manage to enter the cell and quickly excrete them back out of the cell into the surrounding environment. Stopping them from affecting the bacterial cell.

Figure 2. Efflux pump in the bacterial membrane pumps antibiotics out of the bacteria, passing through the inner, peptidoglycan and outer membranes in an anti-port manner (protons goes in, antibiotics goes out).

Wild type P. aeruginosa strains are sensitive to a variety of antibiotics including aminoglycosides and cephalosporins. However, the strains found in hospitals have developed resistance to many types of antibiotics, making them more difficult to treat. In hopes of clearing these infections a combination of 2 drugs is often used. More than one drug is given intravenously to prevent the development of antibiotic resistance and to enhance their effectiveness. However, despite treatment with antibiotics, P. aeruginosa is often able to adapt and survive in the lungs of CF patient for decades. If infection of burn wounds occur surgical removal of infected skin is often needed to help clear infection. As resistance to all commercially available antibiotics is now commonplace with P. aeruginosa. 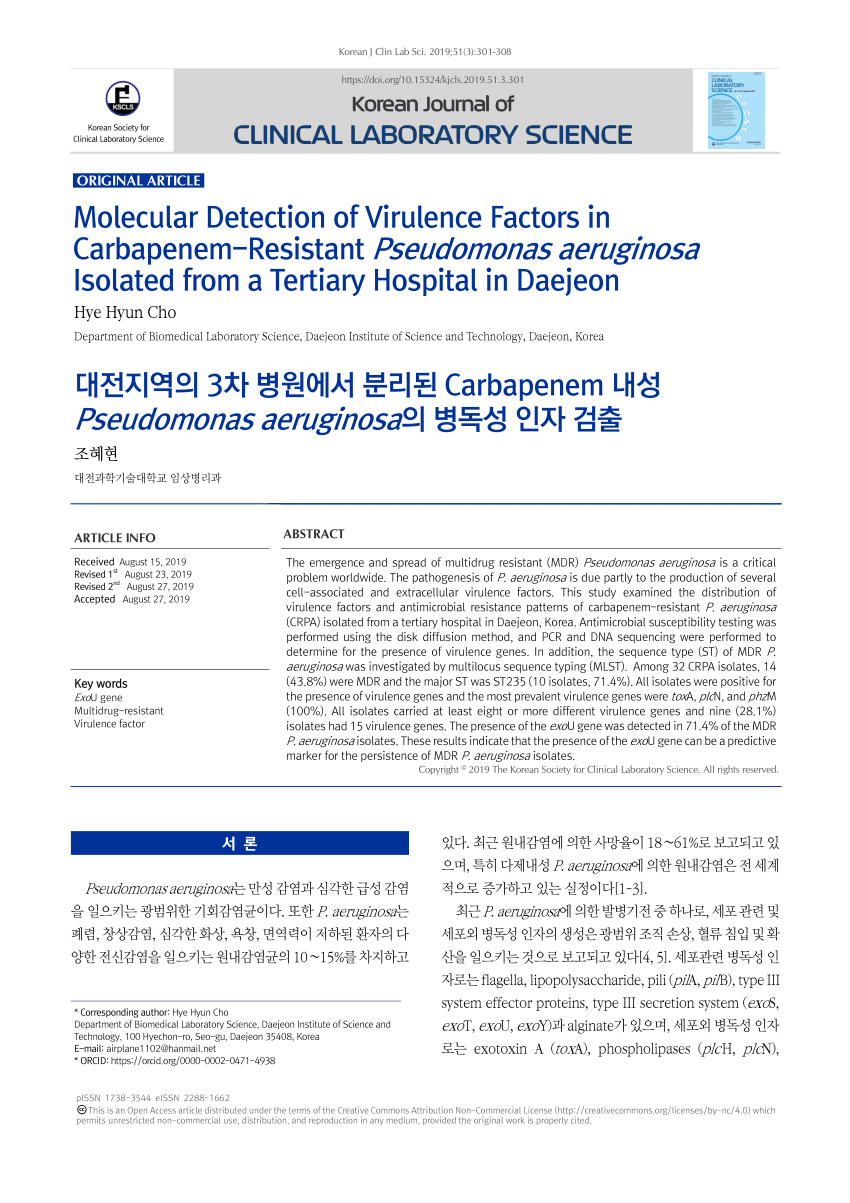