The sports under the umbrella of athletics, particularly track and field, use a variety of statistics. In order to report that information efficiently, numerous abbreviations have grown to be common in the sport.

The following is a list of sportscasters who have served as commentators for Monday Night Football broadcasts on various networks, along with each commentator's period of tenure on the show (beginning years of each season shown, as the NFL season ends in the calendar year after it begins). GAME 182: December 22, 2017: Initials: W.T. Host: Cory Cove: Players: Chris Hawkey, Paul Lambert, AJ Mansour, John Kriesel, Dave Lambert: Location: In Studio.

Almost all races record a time. Evolving since experiments in the 1930s, to their official use at the 1968 Summer Olympics and official acceptance in 1977, fully automatic times have become common. As this evolution has occurred, the rare early times were specified as FAT times. As they are now commonplace, automatic times are now expressed using the hundredths of a second. Hand times (watches operated by human beings) are not regarded as accurate and thus are only accepted to the accuracy of a tenth of a second even when the watch displays greater accuracy. If the mark was set before 1977, a converted time to the tenth was recorded for record purposes, because they did not have a system to compare between the timing methods. Frequently in those cases there is a mark to the 100th retained for that race. Over this period of evolution, some reports show hand times also followed with an 'h' or 'ht' to distinguish hand times.

With two different timing methods came the inevitable desire to compare times. Track and Field News initiated adding .24 to hand times as a conversion factor. Many electronic hand stopwatches display times to the hundredth. Frequently those readings are recorded, but are not accepted as valid (leading to confused results). Some low level meets have even hand timed runners and have switched places according to the time displayed on the stopwatch. All of this is, of course, wrong. Hand times are not accurate enough to be accepted for record purposes for short races. Human reaction time is not perfectly identical between different human beings. Hand times involve human beings reacting, pushing the stopwatch button when they see the smoke or hear the sound of the Starting pistol, then reacting (possibly anticipating) the runner crossing the finish line. The proper procedure for converting hand times would be to round any hundredths up to the next higher even tenth of a second and then add the .24 to get a time for comparison purposes only.[1] But many meets displayed the converted marks accurate to the hundredth making the results look like they were taken with fully automatic timing. In these cases, some meets have displayed a 4 or a 0 in the hundredths column for all races. When detected, reports of these times are followed by a 'c' or ' to indicate converted times.

Transponder timing is becoming more common. The RFID detection system times the transponder chip, usually located on a runner's shoe as opposed to the official timing of the torso. Accurate to a full second, this is not significant, but in breaking microscopic ties, the data does not correspond to timing rules. Most road races cannot fit all participants onto the start line. Depending on the size of the field, some athletes could be several city blocks away from the start line and in the large crowd, could take minutes to get across the line. Results frequently indicate two times, the 'gun time' would be the official time from the firing of the starting gun, but the mat time shows the time the shoe crossed a sensing mat at the start line to the time the shoe crossed the sensing mat at the finish line.

Download Scared of the Dark song on Gaana.com and listen Spider-Man: Into the Spider-Verse (Soundtrack From & Inspired by the Motion Picture) Scared of the Dark song offline. I'm behind the trigger, what if I am the target? Deep sigh, a say?nara, I ain't afraid to die. It's either goodbye or good mornin', and the skies start to fallin'. I Am Scared: I woke up with an emptiness that comes from within, my heart seemed to have melted away like wax. Download i am not scared of the dark. I AM SCARED Movies Preview remove-circle Share or Embed This Item. EMBED (for wordpress.com hosted blogs and archive.org item tags) Want more? DOWNLOAD OPTIONS download 1 file. Download 1 file.

Most records are subject to ratification by the governing body for that record. On the world level, that is the IAAF. Each body has their own procedure for ratifying the records: for example, USATF, the governing body for the United States, only ratifies records once a year at their annual meeting at the beginning of December.Until a record is ratified, it is regarded as 'Pending' which is sometimes indicated by a following P

When a J is added, it indicates a junior record (if a junior does not reach their 20th birthday in the calendar year of the mark)

Some records are ratified or tracked, but they are not to the same standard of quality or accuracy as a record. The term is 'bests.' IAAF lists bests for the Youth division and for road racing records such as the marathon. It also tracks athlete personal achievements as bests. A Y indicates Youth. A youth athlete has not reached or will not reach their 18th birthday in the calendar year of competition.

For events where wind assistance is a factor (outdoor races 220 yards or less, Long Jump and Triple Jump), the wind reading is usually reported in metres per second or 'm/s'

Athlete disqualifications often reference the IAAF rule number under which the athlete was disqualified.

This is typically written in the format (false start as example): DQ R162.7[3]

The various organizing bodies of the sport are abbreviated into alphabet soup. 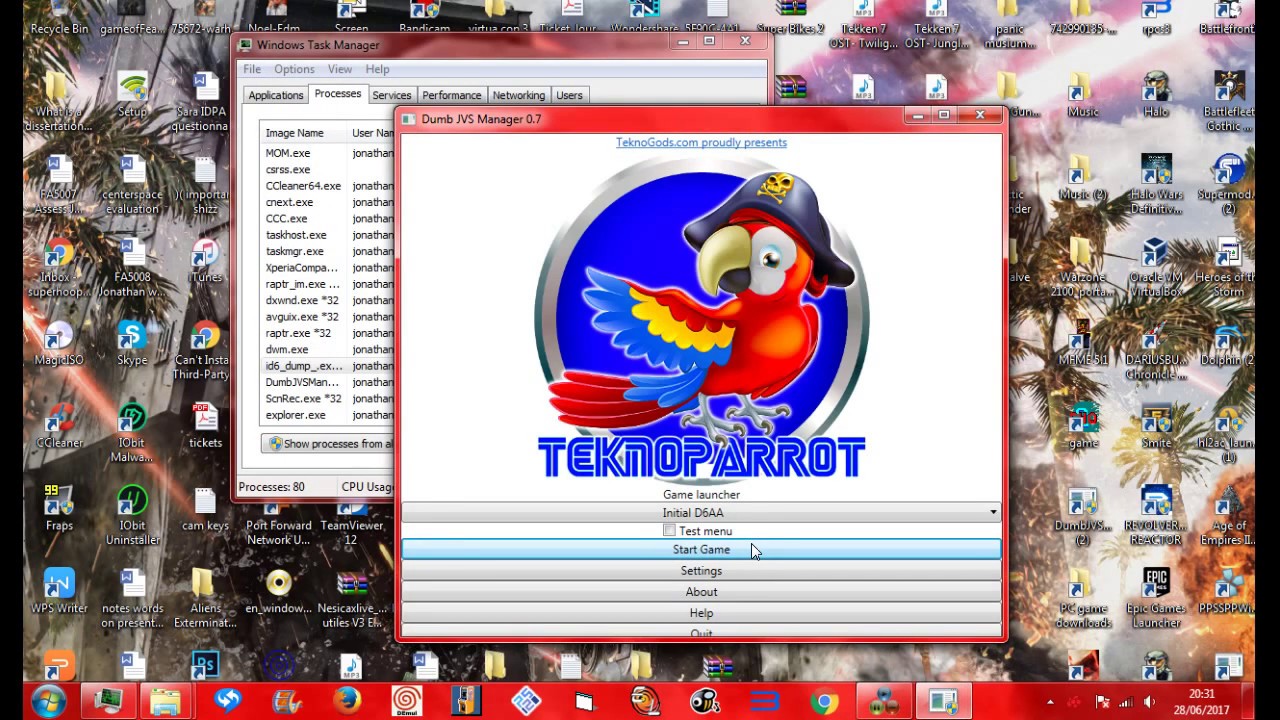 Due to the large number of athletics events that are regularly contested, presentations of results and statistics often use abbreviations to refer to the events, rather than the full form.

Such a simple problem. “Which Pokémon game is this?” You would think that looking at the data for where a Pokémon learned a move, it would be obvious which game that move was learned in. Unfortunately, you would be wrong.

When I was initially working on PokémonCompDB, Omega Ruby & Alpha Sapphire (in Generation 6) were the latest games. I’ve mentioned before that you can import Pokémon from previous games over to the next generation, starting from the original Ruby & Sapphire. I’ve also mentioned that for PokémonCompDB to work, I needed to parse a lot of websites to generate the data needed to understand the games.

For brevity, the Pokémon games are often referred to by an abbreviation. “RSE” is Ruby, Sapphire, & Emerald for example. These abbreviations are mostly established by fan consensus and not often canonical. They helped me out because they were easy to display:

2017 Stats The Initials Game On

On a lot of the fan sites that I was parsing to generate the data set for PokémonCompDB, these abbreviations were used in place of the names of the game, also for brevity. When working with Omega Ruby & Alpha Sapphire, the following games were available to be imported from:

I’ll trust you to pick apart which bits of the abbreviations refer to which names. Often this meant that when there are divergences between the two games within a generation (like I described in my post about Bonsly, Lucario and Vaporeon in Generation 5), I would need to recognize the individual game’s abbreviation in isolation.

Eagle-eyed readers also know that Colosseum & Gale of Darkness on the GameCube are in the mix as well. Fortunately their names didn’t cause any issues here.

Then along came Sun & Moon. Immediately there’s a problem: does S mean Sun or Sapphire?

While unexpected, this was resolved easily enough. Sapphire came first - it has “claimed” the abbreviation S. I’ll use “Su” for Sun and all will be well. As Sun is the latest game at the moment, any data is implicitly for Sun & Moon, unless it specifies otherwise (like if the site listed that you must import a Pokémon from Diamond & Pearl, then that data is associated with those games).

However, Nintendo did something else unexpected. They re-released Red, Blue, & Yellow and Gold & Silver on the Virtual Console for the 3DS. And, more importantly for me, they added the capability to import from the digital versions of these classic games into Pokémon Bank, and from there into Sun & Moon.

Like all other Pokémon games, Generations 1 and 2 provided some unique moves that could be learned by certain Pokémon. The only way to have a Jolteon with Skull Bash in Sun & Moon is to first teach it through TM40 in Generation 1, for example. (And remember, like I mentioned before, TMs were single use back in Generation 1, so you could only teach a single Pokémon Skull Bash via TM without restarting the game.)

Suddenly there are a lot more games accessible in Sun & Moon than there were when I worked with Omega Ruby & Alpha Sapphire. And now, the abbreviation problem became a bit more pronounced:

For my own data, I can change the abbreviations used for each game. I can follow the same logic I did for Sun - letting the older game “claim” the shortest abbreviation. Ruby is “Ru”, Black is “Bl”, Sapphire is “Sa”, and Sun is “Su”.

But what do I do with Yellow? Y doesn’t have any more letters to use, despite being the newer game. In the end I had to assign Yellow the abbreviation “Ye”, due to lack of other letters, despite the almost universal acceptance of the abbreviation “RBY” for Red, Blue, & Yellow in Generation 1.

Clearly should have been Pokémon Xylophone & Yunluo

Not to mention, most Pokémon fan sites are designed with human viewers in mind, not automated parsers. There is a lot of information embedded in the context of how you have navigated to where you are. If a move is learned in “Gen I (Y)” that’s “obviously” Yellow, not Y. In these cases, I needed the parser to guess at context - it’s not enough to just look at the abbreviations used for the games, you also need to know where you’re importing your data for. Y will tend to mean different things when used alongside “RB” or “Gen I”. “B” means something different next to “R” than “W”. “B” can’t mean “Blue” if you’re parsing data for Generation 6. And so on.

This wasn’t a particularly challenging technical problem (choose a set of unique strings), but it was one, like so many others, that I didn’t expect to have so many permutations.